Terraset Elementary School first opened its doors to students on February 22, 1977.  Since then, well over 20,000 Reston children have walked through its doors to their learning center under the ground.

Terraset, meaning "set in the Earth," was conceived to alleviate the overcrowding in Reston schools during an era dominated by an energy crisis. The 1973-74 oil crisis and Arab oil embargo prompted the School Board to move away from oil-dependency. Terraset's solar-panel network set atop the school and its energy-conscious design was expected to use significantly less energy than a conventional school.

Terraset was set in a knoll on 14 wooded acres. The top of the knoll was shaved, the structure built, and soil was placed over it. The earth covering provided natural insulation. When combined, the benefits of being underground, the school's depressed floor slab and the circular classrooms were expected to give the building a "high thermal mass" which would all but eliminate the effect of outside temperatures. The challenge was to reduce the effects of naturally produced heat from people and lights. Year round cooling became the major maintenance and design task with the need to offset heat loss at the perimeter. Solar collectors were expected to play a primary role in both heating and cooling.

In order to fund the cost of the solar energy system, Fairfax County applied to the National Science Foundation for a grant to cover the $625,000 cost. The grant was turned down. The County schools found an unlikely financial backer in Fahd Ibn 'Abd al-Aziz Al-Saud, then crown prince of Saudi Arabia and later the king. The Saudis donated the money needed to fund the school's solar panel network.

When Terraset opened its doors in February 1977, the energy conscious design of the school was viewed as the wave of the future. In May 1977, Crown Prince Fahd, Prince Saud and U.S. Energy Advisor James Schlesinger attended Terraset's dedication.  Visitors came to Terraset from all over the world to see this experiment in solar power.  A visitor center had to be constructed to accommodate the many visitors interested in the project. Over 15,000 visitors arrived during Terraset's first year of operation.

While the design of the school has provided insulation that saved thousands of barrels of oil, the solar collectors failed to live up to expectations.  Built for Saudi Arabia's hot but stable climate, the panels cracked under Virginia's fluctuating temperatures.  The panels leaked so much that, in the winter, icicles would form over the entrance way and drop unexpectedly. The hazards of the network and the costs of repairing the panels finally prompted the County to remove the solar panel rack. The other aspects of Terraset's energy-conscious design continue to provide savings in energy costs every day. 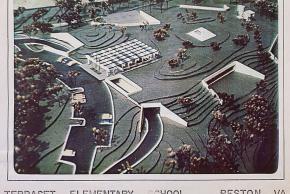 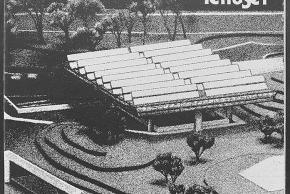 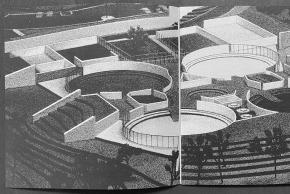 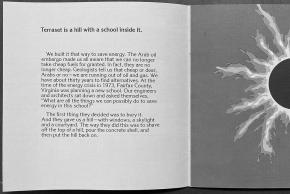 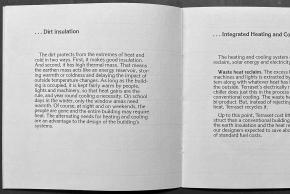 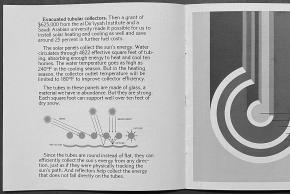 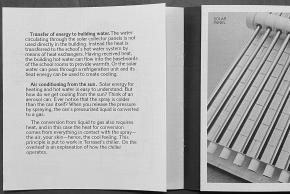 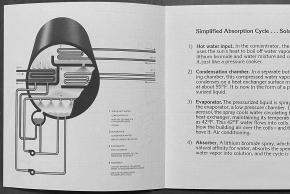 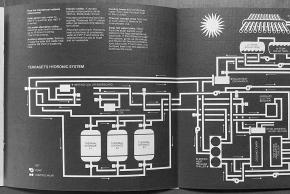 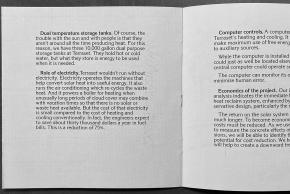 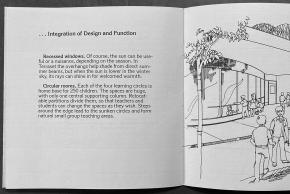 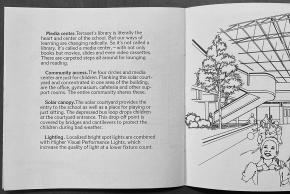 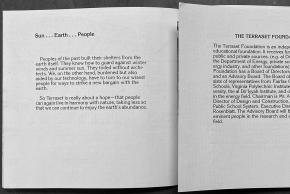 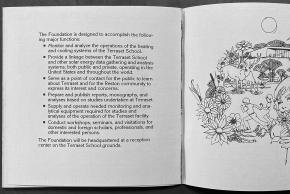 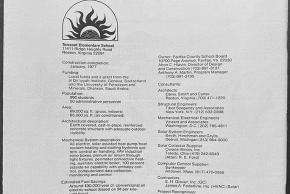 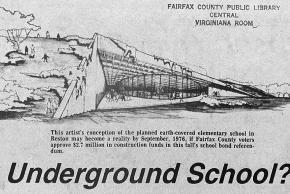 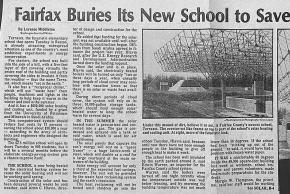 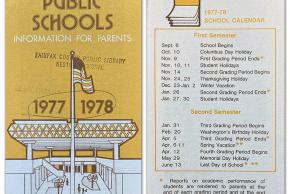 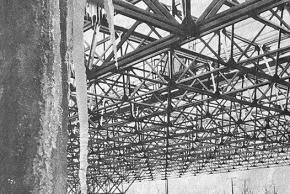 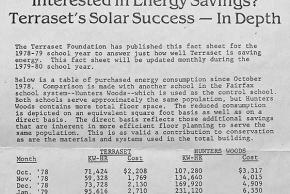 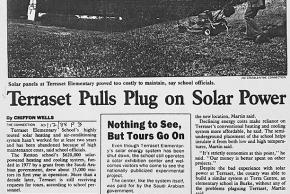 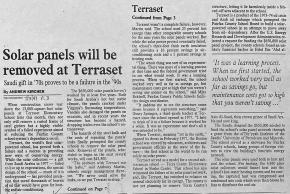 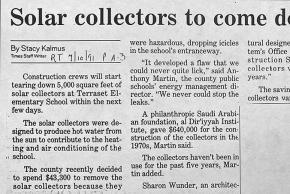 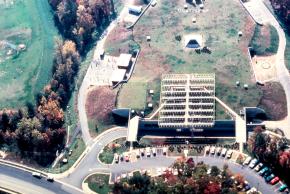 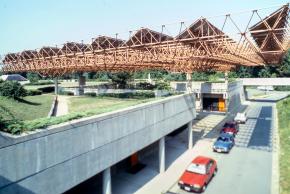 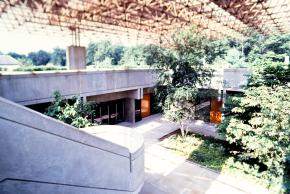 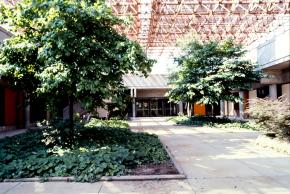 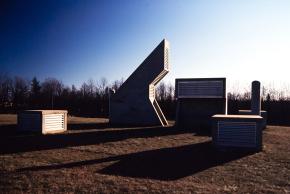 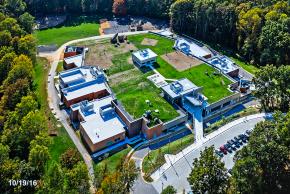